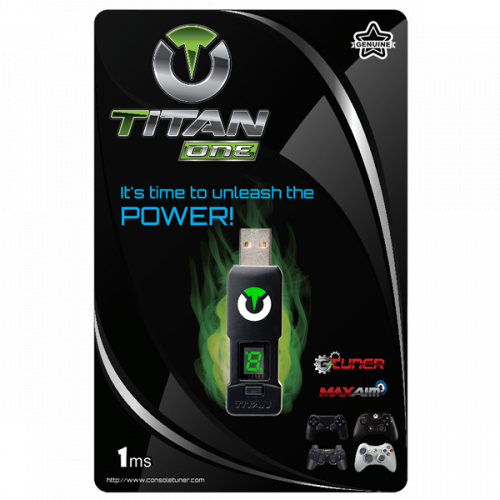 Titan One is the second generation of cross-compatibility gaming device ever created for video game industry. Updated with the latest features available on the current consoles, the Titan One is ready to be used on your PlayStation 4, Xbox One, Nintendo Switch, PlayStation 3, Xbox 360, PlayStation TV, PC, Steam, Android Devices, as well as with Xbox One Streaming App and PS4 Remote Play. With the Titan One you have all the features found in expensive modded controllers plus full customization of button layouts. You can use any compatible controller on any supported console, including the use of PC compatible gaming devices such as keyboard, mouse, steering wheels, fightsticks, flight sticks on your gaming consoles. The Titan One is an all-in-one gaming device with free firmware and software updates, making it an unbeatable value for money!

The Titan One PCB (printed circuit board) was designed and configured to maximize the circuit stability, even at the most extreme operating conditions. It also features dedicated layers for power delivery, ensuring the gamepads and accessories will receive all the power they need.

In addition, the Titan One device comes equipped with an RGB LED backlight, which can be used to illuminate any color chosen by the user or can be set to mimic the gamepad "Player LEDs". This option can be very handy when the controller in use does not have the "Player LEDs", such as the XBox One controller; in this case the GamePack settings can be visually seen by using the Titan Ones backlight.

With the new bootloader, the Titan One device will not break even in the event of power loss during a firmware update. The firmware recovery procedure is now much simpler and requires just a single step to be accomplished.

The firmware was developed to deliver the lowest response time possible, in some cases the Titan One device can even reduce the original response time of the controller. The response time will never be higher than 1 in-game frame, ensuring the commands you perform on controller will act exactly at the same frame you are seeing on the screen.

Turn your controller into a fully Modded Rapidfire Controller!

Add all your favorite MODs Gamepacks to your controller without voiding the warranty! Rapid Fire, Anti-Recoil, Auto-Spot, Quick Shot, Drop Shot, Secondary Rapid Fire, Jump Shot, Auto Reload, Easy Sprint and much more! No chips to install, no tools required! With a full selection of MODS at your fingertips, Titan One is perfect for the gamer looking to add an extra edge to their game. 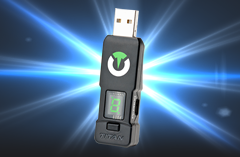 Crossover - Use any compatible controller on any supported console! 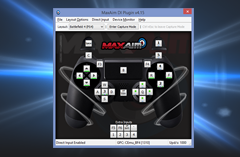 Would you rather use a Keyboard & Mouse on your console instead of a controller? Using the Titan One and the MaxAim DI plugin is easy and allows you full control over your games using any keyboard and mouse! MaxAim DI is able to provide the best as possible mouse translation for console games. You can adjust all existing mouse parameters to achieve a PC like movement. MaxAim DI is also capable of translate and send to the Titan One the inputs of any PC compatible gaming device, such as Steering Wheels, Fightsticks, Flight Sticks, Accessibility Devices and so on. Just configure the the inputs of your controller on the MaxAim DI layout and you are ready to go! 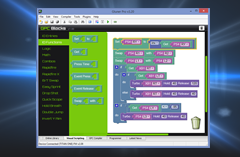 The Visual Scripting Interface allows users without programming skills to create their own custom MODs and features for controllers using visual elements. By dragging a..