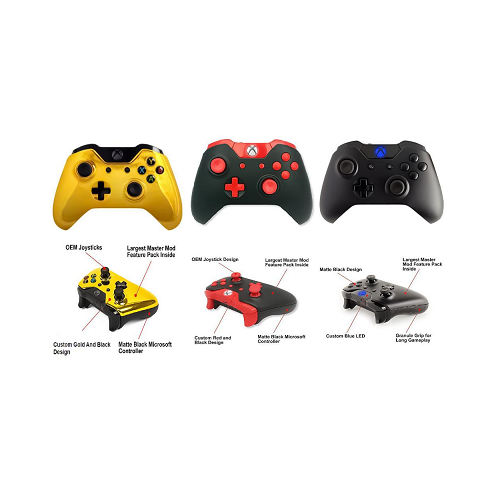 PUBG Is Great On Mobile Phones

Look, full disclosure here I am not much of a mobile gamer (as evident, by all the modded controllers we sell) however, while the iPhone that I have could not run Fortnite Battle Royal mobile, I was able to try PUBG Mobile and as it was free, I thought what the hell and gave it a try.

In all honesty, I did not give PUBG on Xbox One a fair trial. I purchased the game quite early on and had a really hard time getting into it, Fortnite Battle Royal happened and as they say, the rest is history.

However, playing games on my phone is not something I have got super into, but a nongamer buddy said he played PUBG on his phone and it was awesome, so I was intrigued. I downloaded it and over the course of a few days, I had put hours and hours into the game and had a blast doing so.

The last mobile game I actually played was Sonic The Hedgehog 2…. I am not kidding, that was the last game I played on my iPhone and I hated it, the controls sucked and to be honest, control is an issue I have had with the majority of mobile games I have played. I do not know what the team behind PUBG Mobile did, but they made it work on a phone very well and I have one of the older and smaller iPhone SE’s.

While PUBG on Xbox One is really just all about surviving, I love how the mobile version gives you these extra missions to do. Kill so many players, use a certain gun, survive a certain amount of time and so on. It makes it so much more fun and gives you that extra thing to do.

I really think that PUBG Mobile is a fantastic game and I may get a little heat for this, but I have had more fun playing this than the Xbox One version. However, when I have a bit more time, PUBG Mobile has made me want to give its console older brother another chance.